This copycat Vanilla Bean Coolatta from Dunkin Donuts is so creamy and flavorful - it's what a vanilla lovers dreams are made of!
Servings: 1
Jump to Recipe
Time: 5 mins

Looking for a sweet drink without caffeine? Try a Dunkin Vanilla Bean Coolatta! This copycat recipe of the popular coffee chain, Dunkin’ Donuts, is sweet, creamy, and very simple to make at home. 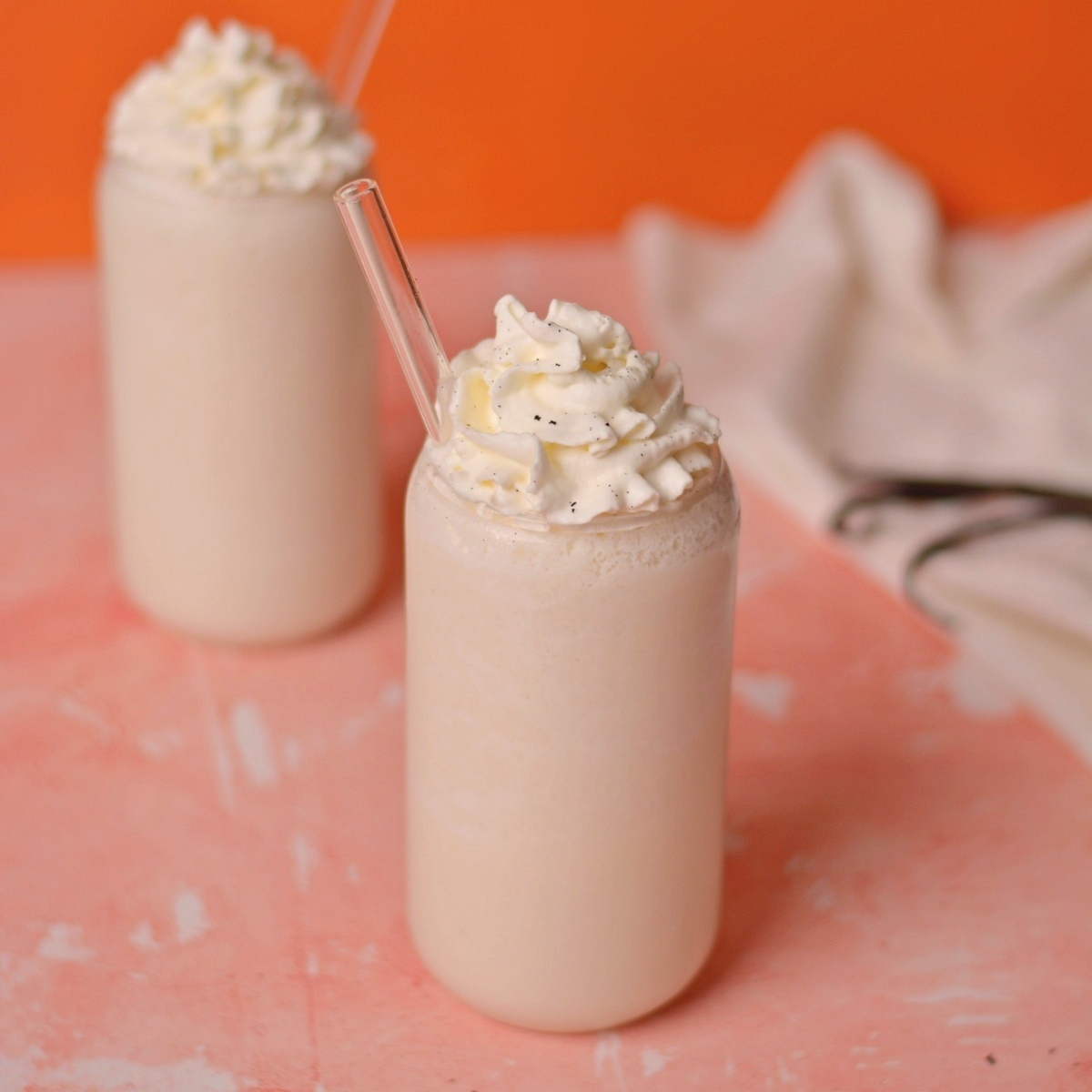 What is a Vanilla Bean Coolatta? First, before I tell you why you need a Coolatta, let me explain what it is. It’s a non-caffeinated blended beverage from Dunkin Donuts. Dunkin offers three Coolatta flavors – vanilla bean, blue raspberry Coolatta, and strawberry Coolatta. They’re delicious!

Growing up on the west coast, we didn’t have Dunkin Donuts nearby. But on my first trip to New York, it was my first stop in the airport because I heard such wonderful things about those elusive orange and pink stalls that were more common than Starbucks on the East coast. Hard to believe, I know.

I got myself a maple glazed donut (a classic) and a vanilla bean Coolatta. At the time, I didn’t like caffeine and my parents weren’t keen on me trying a coffee drink, so vanilla bean Coolatta was a no-brainer. While the donut was average, the Coolatta was pure white, with black flecks of real vanilla beans swirled throughout and topped with whipped cream – it was amazing! For most of my childhood, this was my drink of choice from Dunkin.

Now that I’m older I steer more toward coffee-based drinks or ones with less sugar. That is until recently, when I was reminded of this vanilla bean Coolatta and had to make it at home! My copycat version is so simple to make and it doesn’t require any expensive vanilla bean but still boasts that sweet vanilla flavor!

Looking for other drinks to try? Check these out! Protein Hot Chocolate, Vegan Coquito, and Bahama Mama Tropical Smoothie.

All substitutions are a 1:1 substitute unless otherwise noted.

Vanilla Creamer: Vanilla creamers are easy to get in the store, already sweetened, and you can get them in whatever base you prefer (almond, oat, cow’s milk, etc). Creamer helps achieve that creamy texture that is often missing from ice-based drinks.

Substitutions: Any vanilla, French vanilla, or sweet cream flavor you like can be used. I recommend one that is of a thicker consistency (like a Coffee Mate or Silk Creamer). To switch it up, toasted almond creamer would also be delicious and create a more sugar cookie drink flavor!

Vanilla Bean Yogurt: This is our secret ingredient! We use Noosa vanilla bean yogurt to achieve maximum vanilla flavor without needing actual vanilla beans. Their yogurt is sweet, creamy, and has minimal ingredients. It also helps thicken the drink and cut some of the sweetness, all while adding some protein!

Substitutions: Any kind of vanilla yogurt can be used. I don’t recommend Greek yogurt because of how tangy it is, but coconut or another plant-based options can be used.

Sweetened Condensed Milk: This is the stuff that’s found in the baking aisle and comes in a can. We only use a small amount, just like the original version from Dunkin does, but even this small amount adds plenty of sweetness.

Substitutions: Any type of sweetened condensed milk can be used, including plant-based (coconut or oat). You can use vanilla syrup or vanilla bean syrup, but your drink won’t be as creamy.

Milk: The vanilla bean Dunkin Donuts Coolatta is the only milk-based Coolatta. They used to have another that had a cup of coffee, but now this is the only one. Hence why we need milk!

Substitutions: Any milk you like can be used, including plant-based or fat-free. I should note that fat-free or skim milk will result in a more watered-down texture than if you use whole milk or 2%.

Ice: Yup, you need ice for this blended drink.

Substitutions: You can use vanilla ice cream instead, but that’ll add quite a bit of sugar to this already sweet vanilla bean Coolatta Dunkin Donuts drink.

Step one: Add everything to a high-powered blender and blend those delicious flavor swirls together!

Step two: Pour into a glass and enjoy right away!

Adding yogurt is a great way to add creaminess to any ice-based drink. It acts similar to how ice cream would in a milkshake but with a little more nutritional oomph than ice cream.

What is the difference between a frozen coffee and a Coolatta?

Is a Coolatta a smoothie?

Not really. I guess it depends on your definition of a smoothie, but the fruit-flavored Coolattas are more of a slurpy than a smoothie. They do have some real fruit in them but are also mixed with syrups and flavorings.

Want to Save it for Later?

Unfortunately, this drink does not save well because it uses ice. As it sits, the ice melts and can’t be refrozen to create the same texture. This should be enjoyed as soon as it’s made.

If you had to guess – what is the most popular ice cream flavor in the US? Vanilla! The Vanilla bean is the only edible fruit in the orchid family (the largest flowering plant in the world). And just like grapes for wine, no two vanilla beans are the same and will have a different flavor, aroma, and color. (source)

Looking for more recipes with vanilla flavoring? Try these! 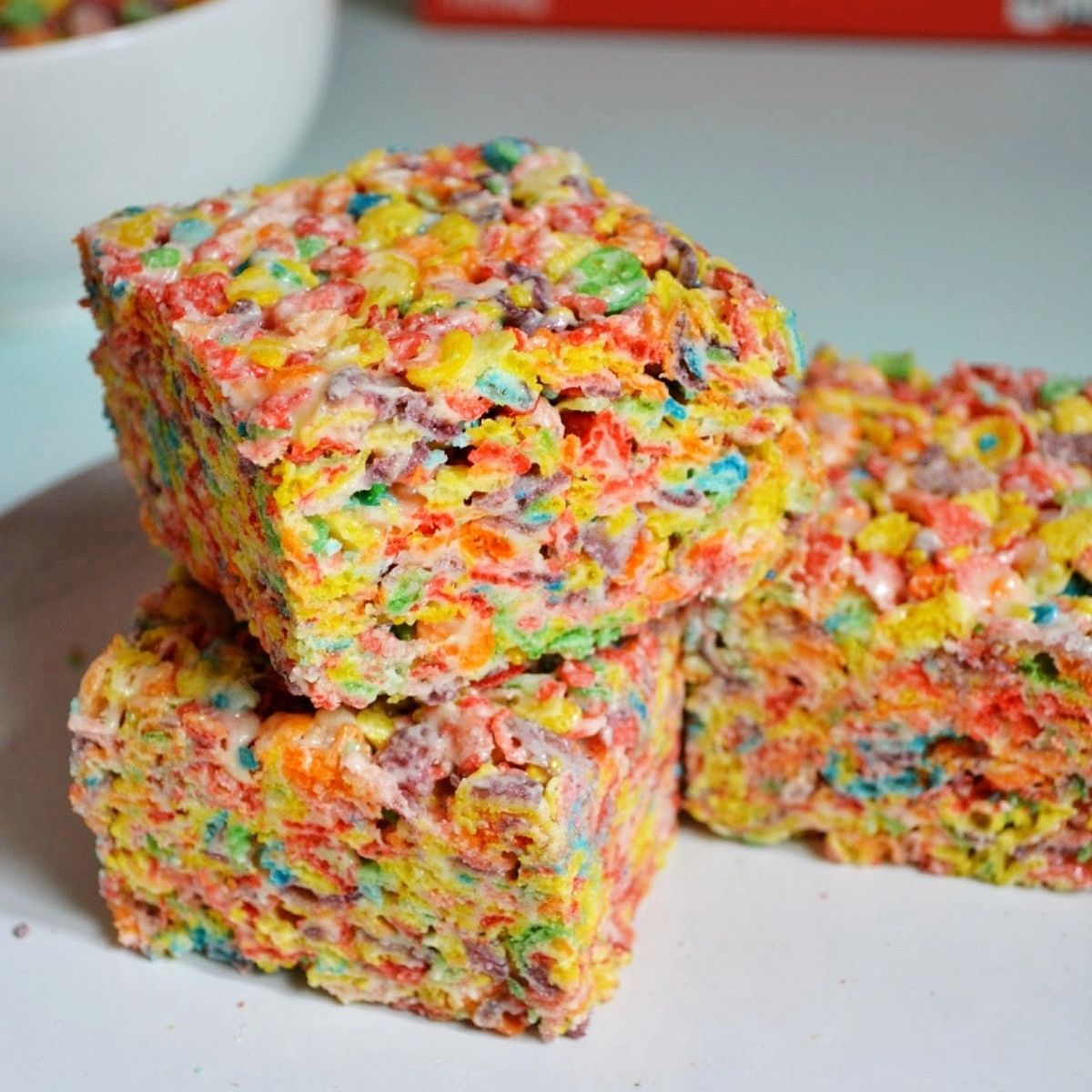